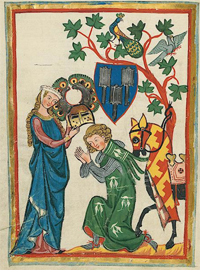 We are pleased to announce the names of the MAA members who have generously agreed to stand for election to office in 2015:

The list of candidates with their photos and brief biographies appears online here.

As the slate of candidates was announced by email on 22 October, the closing date for nomination by petition has been set at midnight, 12 November 2014. Additional information about the governance of the Academy can be found here.

Electronic balloting will open in December. If you would like to receive a paper ballot, please contact the Executive Director.

Voting in the Medieval Academy elections is one of the most important means that members have to impact both the Academy and the future of medieval studies in North America. We look forward to your participation in the election of the leadership of the Medieval Academy.