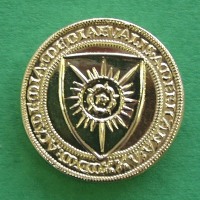 John Nicholas Brown Prize: David Shyovitz, A Remembrance of His Wonders: Nature and the Supernatural in Medieval Ashkenaz (Philadelphia: University of Pennsylvania Press, 2017)

These Prizes will be presented at the upcoming Annual Meeting of the Medieval Academy of America, hosted online by Indiana University, Bloomington. The presentation of the Prizes and the reading of citations will take place preceding the Presidential Address on Friday, 17 April, at 4:30 PM Eastern. We hope you will join us as we honor these scholars and acknowledge their important work. Information about the Annual Meeting may be found here: https://maa2021.indiana.edu/