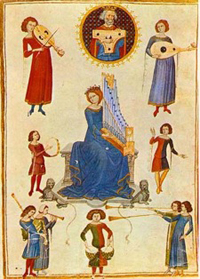 The MAA is delighted to supplement the impressive roster of awards garnered by MAA members during the past fellowship season (already listed in previous editions of the MAA News) with several more late-breaking announcements.

The Fulbright Commission announced that Zrinka Stahuljak, Associate Professor at UCLA, has been named a Research Scholar in France at the L’École des hautes études en sciences sociales (EHESS).

MAA Travel Grants
The Committee for Professional Development has awarded an MAA Travel Grant for 2012 to Lyle Humphrey from NYU to travel to the St. Louis Conference on Manuscript Studies in October.

MAA Book Subvention Grants
The MAA’s Publications Advisory Board made two awards this year in support of books by MAA members, namely: