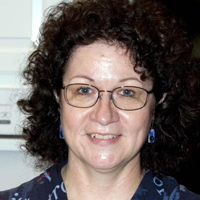 During my presidential year, which began in April at the annual meeting, the Academy has set a variety of priorities and new initiatives. I would like to take this opportunity to focus on the considerable attention and resources that the Academy is now devoting to the issue of the digital in medieval studies and the humanities at large.

“Digital Humanities” (DH) is being hailed as the next big thing on campuses and at museums, libraries, and archives, but what are its accomplishments, challenges, and future in medieval studies? A neologism coined a little more than a decade ago, the term describes the use of digital tools to ask and answer questions in the humanities, although in the spirit of the lively and constructive discussion that surrounds any DH issue, even this definition is subject to debate. This field has grown remarkably, with an Office of Digital Humanities at the NEH; the proliferation of DH centers and working groups on many campuses; with conferences, books, and online journals; and even with new tenure-track lines defined as DH.

Medievalists were front and center when the humanities and computing movement that generated the digital humanities phenomenon originated. In the late 1940s, Rev. Roberto Busa, S.J., convinced IBM to let him use a mainframe computer to search for specific terms in the works by Thomas Aquinas. Busa’s Index Thomisticus is now available online, as are a whole host of related digital resources in the Corpus Thomasticum.

Early on medievalists also recognized the value of computing technologies to large concordances and dictionaries. We transformed our paper slips to key-punch cards and print-outs, producing results first in print, then on CD-ROM, and eventually online, in such projects as the Middle English Compendium, Dictionary of Old English, Dictionnaire du Moyen Français and Anglo-Norman Dictionary. Since our sources largely pre-date the printed page, medievalists quickly grasped the advantages of thinking beyond print and began to produce electronic scholarly editions and digitized images of manuscripts, making easily available our relatively scarce and hard-to-access sources. Many masterpieces of medieval literature are now available online as a scholarly edition or electronic archive, including Beowulf, Chaucerian texts, Piers Plowman, works by Dante, and the Roman de la Rose. Also accessible online are images of manuscripts for medieval music, law, English court records, and Old Norse to name only a few. The numbers available have increased to the extent that a searchable Catalogue of Digitized Manuscripts is being developed. Many more valuable examples could be named.

DH tools have also helped bring to light information and interpretations that are not possible without the aid of computers. Database technology, for instance, helps medievalists quickly find and categorize manuscripts and images. Early innovators here are the Digital Scriptorium, the Index of Christian Art, and Cantus. Prosopographical databases allow us to more easily discover Anglo-Saxon or Byzantine people, Scottish or Icelandic saints, and late medieval soldiers. More recently, medieval projects have drawn on new innovations in Geographic Information Systems (GIS) to provide interactive maps for the Frankish empire, Mediterrranean cities, the Gough Map, and other aspects of medieval civilization. Entirely new tools, such as DM (Digital Mappaemundi) to link and annotate texts and images and DigiPal for digitally-assisted paleography, are also being applied to a wide variety of projects. Most of these medieval projects, moreover, include a strong pedagogical component, a trend especially notable in sites that provide translations for students, such as the Internet Medieval Sourcebook, or those that combine a variety of pedagogical resources, such as Monastic Matrix and the Medieval Architecture Online Teaching Project.

In the midst of all this activity and accomplishment, digital humanities have encountered challenges that are still to be resolved. How, for example should merit, tenure, and promotion committees judge DH work? The MLA adopted guidelines for evaluating digital scholarship, and the AHA has recently convened a task force on digital scholarship, but most departments have not yet figured out how to “count” the tremendous amount of collaborative labor that digital work often requires. This is particularly an issue when it comes to labor on coding or developing new digital tools since many humanities departments consider this type of work outside their brief, even though others working in digital humanities strongly believe that ability to code is a key attribute of DH scholarship.

Tensions also crop up in critiques (the “where’s the beef? question) that DH spends too much time and money focusing on digital tools and not enough on substantive research questions. The growth in DH has also helped fuel a trend, especially in Europe, towards large research teams funded by multi-year grants, which require considerable investment in management and finances but also promises to reach a wider audience, part of the “democratization” that DH scholars often cite as a benefit. It is also worth noting how successful medievalists have been in securing this type of funding in such international competitions as the Digging into Data Challenge.

DH has yet to resolve pressing issues of cost and sustainability. Digital humanities projects can be expensive; most rely on external grants, which themselves require significant contributions from home institutions. Almost all of the websites cited here are free to end users and some are run by one devoted person, but a few of the larger projects have survived by becoming fee-based. Commercialization creates walls, but it also better ensures sustainability. We all know the frustration of URLs that become unreliable when the web author loses interest in the site, or when the grants run out.

Open-access publishing presents another challenge. Should all dissertations be immediately available online, as some universities now mandate? The Medieval Academy recently distributed a survey on this issue. The issue is especially important because many publishers–including Speculum–will not publish books or articles drawn from material already available online.

The Medieval Academy has already begun to deal vigorously with such questions and is currently moving into new digital roles. We are setting out criteria to determine if the MAA should affiliate with particular digital projects, and we have already begun collaborations with the newly proposed Digital Latin Library project and ACLS’s Humanities E-Book. Under our previous executive director we had begun digitizing the MAA monographs as an open-access, online collection, and we are continuing and expanding this work by offering many of these and other publications, offering our digital titles in print-on-demand format as well as on the Kindle and other mobile devices. The MAA has long been arranging discounts to access specific digital resources, such as the IMB, and it has just rolled out its new website and its underlying association management system to offer further such benefits to our members. We have also begun revamping the Academy’s digital committees under the auspices of a proposed comprehensive Publications board.

We can now see our way into a near future when the MAA can offer its members both a print and digital edition of Speculum, online reviews, and a comprehensive publication strategy that offers a seamless continuum from print to born-digital, all with the Academy’s traditional attention to detail and scholarly rigor. Indeed, we hope to build on this reputation for scholarly rigor by establishing a peer-review process for medieval online projects. Central to this is the creation of a what we are calling a “taxonomy of digital medieval resources” to help categorize and navigate the widest variety of digital resources in all disciplines and methodologies, from digital archives of texts and images, to archaeological reports, mapping projects, architectural virtual reality, to manuscript collections and online facsimiles, collections of narrative sources, interpretative and reference works, the websites of individual scholars, projects, departments, centers and other digital sites of value and interest to medievalists and the broader humanities community. This new “digital taxonomy” is now in the planning stages, but as it evolves it will help to make the MAA a focal point of peer review for new digital scholarship and a model for other learned societies. Much done; much to do!