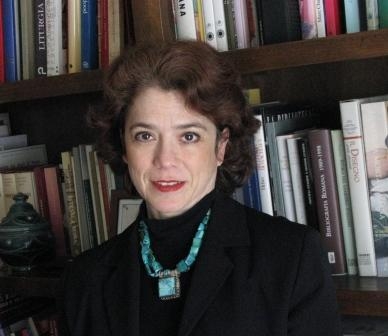 Katherine Ludwig Jansen has been appointed the new editor of Speculum, beginning 1 July 2019.

Jansen will continue as Professor of History at the Catholic University of America, where she has chaired the Department of History, served as interim director of the Center for Medieval and Byzantine Studies, and cofounded the university’s Rome Center. She received her PhD from Princeton University, and has held visiting professorships both at Princeton and at Johns Hopkins University. Her first book, The Making of the Magdalen: Preaching and Popular Devotion in the Later Middle Ages (2000), won several prizes; her second monograph, Peace and Penance in Late Medieval Italy, was published last year. She has also co-edited three volumes: Medieval Italy: Texts in Translation; Charisma and Religious Authority: Jewish, Christian, and Muslim Preaching, 1200-1500; and Center and Periphery: Studies on Power in the Medieval World in Honor of William Chester Jordan. She has held NEH, ACLS, and Fulbright fellowships as well as residential fellowships at the Institute for Advanced Study (Princeton), Villa I Tatti, and the American Academy in Rome.

During her tenure, Catholic University will house the editorial offices of Speculum on its campus. Books for review should be sent to the Medieval Academy’s new office in Boston until further notice (see below); please check the Speculum web page for updates. Sarah Spence, the current editor, continues in her role until 31 August and will handle the production of issues that are already in process, while Jansen will deal mainly with new submissions until that time.

The Medieval Academy welcomes Kate, and thanks Sallie for her leadership and service, CUA for its support of Speculum and medieval studies, the search committee (chaired by David Wallace) for its hard work, and everyone involved for their patience.