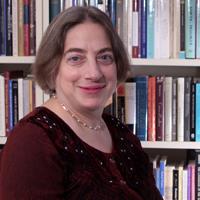 As I announced at our Notre Dame meeting, I will use my bully pulpit as president to focus on K-12 outreach, especially secondary teaching. I had paid little attention to high school curricula until my niece and granddaughter, who were both taking AP (Advanced Placement) European History at different schools, confessed that their curriculum began with the Renaissance. It seems that Greece and Rome are covered briefly in World History; the Middle Ages, not at all.

To fill the thousand-year gap, my granddaughter was assigned William Manchester’s 1992 book, A World Lit Only by Fire, as summer reading. This notorious work, written as recreation by a journalist who actually boasts that he read no primary sources, peddles the stereotype that for a thousand years, “nothing of real consequence had either improved or declined.  … No startling new ideas had appeared, no new territories outside Europe had been exploited.  Everything was as it had been for as long as the oldest European could remember.” (Note the covert praise of colonialism.) Medieval stagnation continues until, with a heraldic blast of the trumpet, the Renaissance begins: “The mighty storm was swiftly approaching, but Europeans were not only unaware of it; they were convinced that such a phenomenon could not exist.  Shackled in ignorance, disciplined by fear, and sheathed in superstition, they trudged into the sixteenth century in the clumsy, hunched, pigeon-toed gait of rickets victims, their vacant faces, pocked by smallpox, turned blindly toward the future they thought they knew-gullible, pitiful innocents who were about to be swept up in the most powerful, incomprehensible, irresistible vortex since Alaric had led his Visigoths and Huns [sic] across the Alps, fallen on Rome, and extinguished the lamps of learning a thousand years before.”

Of course my husband and I protested this egregious assignment to the school board. That’s how we learned that the Manchester book is, or at any rate was, on a list of texts recommended by the national AP Development Committee. This is an arm of the College Board, with close ties to the Educational Testing Service (ETS) in Princeton. Its guidelines state explicitly that the European History course begins in 1450. Clearly, some intervention by medievalists is needed!

While it may be difficult to infiltrate the AP curriculum because of state and national standards, it’s worth a try. We may have more leeway with curricula in English, as well as Honors History, which is not bound so tightly to the Common Core standards. Needless to say, private and charter schools also afford more liberty for curricular innovation than public ones.

In conjunction with TEAMS and CARA, the Academy has now formed a Committee on K-12 Outreach to pursue a variety of issues. Its members are:

We held an initial, highly productive meeting at Kalamazoo, which led to several action items. First, our annual meeting in Boston next year will begin with a pre-session for high school teachers, coordinated by Anita Obermeier on behalf of TEAMS. The session will take place late Wednesday afternoon (24 Feb. 2016), and discounted registration will be offered to any K-12 teachers who want to attend the annual meeting itself. This session-and similar ones in the future-may draw higher attendance if we can arrange for local public school teachers to receive professional development credit for participating. Kara Crawford, who is on the program committee for the New Chaucer Society’s London meeting (June 10-15, 2016), will look into secondary school outreach at that biennial extravaganza.

The National Council of Teachers of English, a huge organization that includes teachers at primary, secondary, and collegiate levels, meets annually in November. Tom Burman will investigate the possibility of a Medieval Academy presentation at its meeting this year in Minneapolis. Finally, Tom Goodmann has volunteered to see how members of the Academy might engage with ETS itself and seek to have an impact on AP and Common Core standards.

TEAMS already offers three prizes for curricular innovation at the K-8, secondary, and collegiate levels. Their “Once and Future Classroom” website (www.teamsmedieval.org/ofc/) offers ample resources to promote the teaching of the Middle Ages in grades K-12. The Academy itself could do more to bring these superb materials to the attention of our own members, as well as primary and secondary teachers who are unaware of them.

If you would like to join this committee or have any additional ideas for outreach, please contact Tom Burman at tburman@utk.edu, or drop a line to Lisa or me.