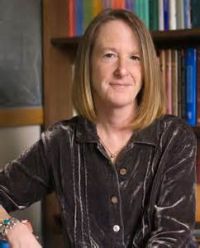 of the Medieval Academy:

The Council, on the recommendation of a search committee chaired by Richard Unger, is pleased to announce the appointment of Professor Sarah Spence as the new editor of Speculum.

Sarah Spence has just taken early retirement from her post as Professor of Classics and Comparative Literature at the University of Georgia, where she was Distinguished Research Professor from 2009 to 2013.  A specialist particularly in troubadour poetry, Spence’s scholarship and professional activities demonstrate a great range, from classical antiquity to the Renaissance and beyond.  Her career has been marked not only by an impressive list of publications but also by skill in working collegially.  She has an extensive history as an editor.  In addition to two co-edited volumes of critical essays, Spence has developed particular expertise as a journal editor.  She was founding editor of Literary Imagination and held that post for eight years.  Before that, she was managing editor of Tenso.  After leaving Literary Imagination, Spence took on Vergilius for three years, raising its quality and readership.  Editing has thus been a major thread in Spence’s career, rivaling her activities as scholar and teacher.  Editing and the study of literature, while they are twin strands in her career, have never been divided.  Her interest in encouraging younger scholars to send their work to Speculum, though they may be daunted by the idea of publishing in the field’s most prestigious journal – famed (as it should be) for its rigorous standards – has the potential to establish new directions.  Her wide experience and genuine pleasure in the nitty-gritty of nurturing and editing articles hold great promise for her term as the editor of Speculum.

The task of the search committee proved a difficult one.  Making a choice among the ten applicants, individuals with varied and distinguished credentials, took longer than anyone had anticipated.  After extensive, careful, and thoughtful deliberation the committee made its recommendation to appoint Sarah Spence. The Academy is grateful to all ten members who applied for their willingness to serve and their interest in the organization. We owe a special debt of gratitude to the members of the search committee – Christopher Baswell, Susan Einbinder, Cynthia Hahn, and Cary Nederman – for their hard work over the last months and their contributions to the difficult decision that has now been made.

Sarah Spence is enthusiastic about this appointment and is very much looking forward to her new role as editor of Speculum. We are sure you will join us in wishing her all the best in her service to the Academy.