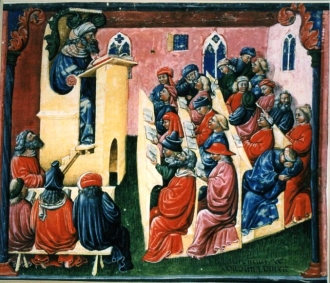 The 2014 Annual Meeting of the Medieval Academy of America will be held jointly with the Medieval Association of the Pacific on 10-12 April, in Los Angeles at the University of California, Los Angeles (UCLA) and hosted by the UCLA Center for Medieval and Renaissance Studies.

Please contact Prof. Massimo Ciavolella at UCLA, if you have any questions.

This entry was posted in Call for Papers. Bookmark the permalink.
Loading Comments...