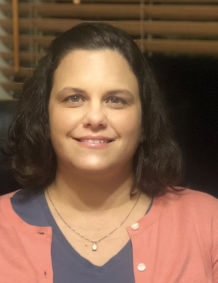 The Medieval Academy of America is very pleased to announce that the 2018 – 2019 Schallek Fellowship has been awarded to Lindsey McNellis (West Virginia University), “Vi et Armis: Violence and Injury before the Common Pleas.” The Schallek Fellowship provides a one-year grant of $30,000 to support Ph.D. dissertation research in any relevant discipline dealing with late-medieval Britain (ca. 1350-1500). The fellowship is supported by a generous gift to the Richard III Society from William B. and Maryloo Spooner Schallek. Lindsey’s summary of her topic follows:

Assault, forceful breaking and entering, kidnapping, theft, and false imprisonment have all been studied extensively through the lens of criminal courts in late medieval London, but civil litigation of these torts has received less attention. Within the records of the Court of Common Pleas, writs of trespass covered an array of violent torts wherein people sought compensation for violence done to their person or property. The fact that some violence warranted legal action not only suggests a sliding scale of the social and cultural categorization of violence, but also that this scale was highly personalized; what was regular and accepted for one person might not be regular and accepted by another. Additionally, acceptance of these violent acts, as well as a valuation of their cost, is contingent on the intersection of a variety of factors.

My dissertation examines how fifteenth-century Londoners conceptualized violence and injury. I investigate the role that gender, occupation, and status played in the cases before the Court of Common Pleas. The Common Pleas was one of the royal common law courts; its purview was civil litigation for cases with claims of forty shillings or more. While this court was more accessible to a Londoner than, say, someone from Lancashire, there were local (non-royal) London courts which could also try a civil suit. Therefore, I also explore the possible forum shopping done by Londoners between the less expensive local courts available to them and this royal court for their suits. These civil cases offer a glimpse into how medieval Londoners placed value on themselves and their property, as well as a way to examine the relationship between gender, class, and occupation and the institutes of justice.

I use writs of trespass, specifically ones concerning vi et armis torts, and focus on cases enrolled in the records of the Common Pleas between 1405 and 1415. For this time period, there was an abundance of well-preserved records, which offer an enticing amount of detail and open a number of avenues of analysis. This concentrated set of sources also permits me to examine actors operating under the consistency of one ruler amid the surrounding tumultuous decades, those leading to the Lancastrian rise to power and its demise. The records are legal briefs recorded by the prothonotaries of the Common Pleas and contain the original writ, the cause (a more detailed explanation of the tort or wrong action), the plea by the defendant, and finally a resolution (if one was made). Some cases contain more detail than others and very few are resolved. However, a resolution is not paramount to the questions my dissertation seeks to answer.

Through quantitative and qualitative analysis, I am noting the parish and ward in London where the violent tort occurred, the goods stolen and the value the plaintiff placed on them, the people assaulted or kidnapped and the value the plaintiff placed on the injury, weapons used, and damages requested. I am also examining special defenses put forth by litigants, pursuing a comparison of injury value and rationale in assault, analyzing damages requested for theft cases, and considering the legal maneuverings employed by both plaintiffs and defendants in the pursuit of the justice.

Creating a baseline understanding of violence, injury, and trespass is an important step towards identifying contemporary ideas of injury. Further, such an examination will allow me to explore what items and injuries were valuable enough to initiate costly litigation. Through my investigation into the role that gender, class, and occupation plays in these cases, I hope to detect constructions of identity that the court and the litigants created. Currently, society is focusing more on the intersections of race, gender, and class and how this influences interactions with institutes of power, including the justice system. My dissertation takes some of those themes and examines how they influenced fifteenth-century Londoners’ perceptions of violence, injury, and worth.