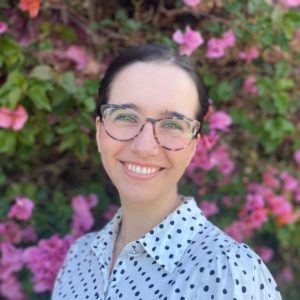 My dissertation examines the early Gothic architecture and sculpture of the now destroyed abbey of Sainte-Geneviève-du-Mont in Paris. Dismantled between 1793 and 1807, the abbey today counts among the numerous medieval churches destroyed in the French Revolution, long regarded within the field of Art History as unknowable architectural monuments lost to time. Working against this pervasive classification, my written dissertation, aided by a digital model and database, examines the architecture of Sainte-Geneviève through a corpus of more than fifty surviving objects, including capitals, sculptural fragments, and architectural illustrations of the abbey. In doing so, my dissertation aims not only to reconstruct and contextualize this significant medieval edifice, but to question how an engrained scholarly preference for extant architecture has shaped scholarly understanding of Gothic architecture and sculpture.

Titled “Reconstructing the Medieval Abbey of Sainte-Geneviève in Paris, c. 1107-1210,” my project considers the rebuilding of the abbey—understood to be one of the first experiments in the Gothic style—as part of a visual argument to convey the political and religious clout of the abbey and its cult to nearby competitors. By the start of the twelfth century, the abbey was among the oldest foundations in Paris and an important site of pilgrimage; established in 502 as the royal necropolis for the Merovingian King Clovis, the site also housed the tomb of Geneviève (c. 419-502), the patron saint of Paris. After an 1129 miracle of the saint, in which Geneviève’s relics saved the city from a disastrous plague of ergot poisoning, Geneviève reached a new level of popularity in Paris, with multiple sites, most notably the Cathedral Notre-Dame and Sainte-Geneviève, vying for control of her cult in subsequent decades. Examining the reconstruction of Sainte-Geneviève in the 1130s- 1150s through a social historical lens, I argue that the abbey’s early Gothic chevet was not simply an apolitical adoption of an emerging stylistic mode, but rather, part of a larger campaign to bolster the abbey’s claim to Geneviève through art and liturgy.

In each of my four chapters, I examine the twelfth-century architecture of Sainte-Geneviève through the lens of different sets of fragments and archival materials. My first chapter, “Geneviève of Paris,” examines how visual depictions and liturgical performances associated the Nanterre-born saint with Paris and its urban landmarks. In placing the medieval iconography of the saint in dialogue with her liturgical celebration, I aim to show how the abbey and diocese of Paris laid authoritative claim to Genevieve’s cult over other significant locations mentioned in her vita, such as Auxerre and Nanterre. In the second chapter, I discuss the rebuilding of Sainte-Geneviève within the the political and ecclesiastical landscape of 1130s Paris. Evidence for this chapter spans a variety of media; in addition to cross-examining early modern architectural prints of the abbey with modern archeological surveys, my research will include comparison of fragments with extant portions of the abbey’s tower and refectory, now contained within the Lycée Henri IV. In my third and fourth chapters, I turn to the varied corpus of architectural sculpture which survives the abbey and its conservation after the French Revolution at Alexandre Lenoir’s Musée des Monuments français. Through analysis of archival documentation at the Bibliothèque Historique de Ville Paris (BHVP, Ms 3676, Ms 222-264) Bibliothèque Sainte-Geneviève (BSG Ms 90-91, Ms 3888-9) and Archives nationales (AN L/879-887), I seek to trace the survival of the thirty-some sculptural fragments held today in the collections of the Louvre and Musée de Cluny.

In addition to my written dissertation, my project includes a digital model of the twelfth-century abbey. In recent years, advances in three-dimensional modeling have opened radical new possibilities for the study of ancient architecture which have enabled scholars to visualize non-extant architecture with greater accuracy. No longer categorized as “lost to time,” digital modeling allows scholars to propose a comprehensive and data-driven visual argument for how a building may have looked at different moments in time, with the further possibility to explore counterfactuals or propose multiple concurrent hypotheses. The objective of my digital model is to clearly visualize the different sources discussed in my written dissertation; linked metadata and annotations will highlight my own interpretation of measurements and other data contained in primary sources. In doing so, my primary aim is to highlight, rather than obscure, any points of uncertainty in aim of encouraging collaborative future inquiry and to emphasize the rigorous analysis of primary sources which underlies my scholarly reconstruction of Sainte-Geneviève.