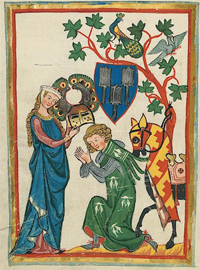 Members are invited to submit nominations to the Fellows and Corresponding Fellows of the Medieval Academy. Fellows will cast ballots in January for the 2015 election, which will operate under by-laws and procedures adopted in 2013. Under the established rules, the number of slots available in 2015 for new Fellows is nine, for which there must be at least eighteen nominations. There is no established minimum number of nominations for Corresponding Fellows, although there are eleven openings.