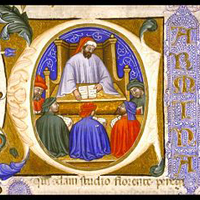 The Saturday morning program included a visit to Wanuskewin Heritage Park, a national historic site of the Northern Plains Indians located north of Saskatoon. The afternoon program, the centerpiece of the conference, was “Conversations through Time: The Cree Wanderer” with a trilingual reading of the Old English poem Swa cwæð eardstapa in Cree, Old English, and modern English, followed by a round table discussing the process of translation into Cree and the ways in which this process informs the text.

Our thanks to the local arrangements committee for a well-run and productive meeting.

Next year’s CARA Annual Meeting is scheduled to take place in Chicago at the Newberry Library from October 4-6.  CARA is planning its 2014 annual meeting in conjunction with the Annual Meeting of the Medieval Academy at UCLA (10-13) April.