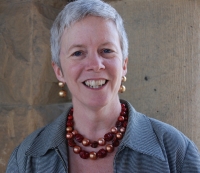 I’ll admit, I’ve said those words. As a graduate student’s lack-of-jobs lament was concluding, they slipped out of my mouth: “Well, there’s never been a lot of jobs in medieval studies.” Unhelpful, I know. Luckily, some of our younger members have spun the unsatisfying dross of such responses into gold.

They have started collecting data! Disciplinary professional associations have been collecting jobs data and reporting on it for some time, but member Merle Eisenberg recognized that our interdisciplinary field needs its own. And, instead of simply lamenting the lack, he started pulling together statistics for his own field (history) and then invited some medievalist contacts in other disciplines to help collect in their areas of expertise: Laura Ingallinella (Italian Studies), Skyler Anderson (Islamic Studies), Jonathan Henry (Religious Studies), and Renée Trilling (English).

The result was an initial analysis presented to the Academy’s Council in collaboration with the coalition “MedievALLists in the Workforce.” Spearheaded by Laura Ingallinella and Councillor Laura Morreale, this vital group is “committed to taking action in response to the large-scale collapse of the Medieval Studies job market in traditional academic positions in all fields across North America, and to the many challenges facing medievalists who work in sectors outside of permanent teaching jobs in institutions of higher education” (MedievALLists Proposal, September 2021). It emerged both from discussions within the Academy’s Committee on Professional Development, on which Morreale had served, and those among the collaborators, especially Sara McDougall, who created the Middle Ages for Educators (MAFE) site (https://middleagesforeducators.princeton.edu/). The latter was a response to the rapid and chaotic shift to online teaching in 2020 and brought Merle and Laura into deeper discussions about the collapse of the job market in medieval studies. As Merle put it, his years of personal experience on that “market”—really, at this point, a lottery—and his activist collaboration on MAFE to address the urgent needs of colleagues yielded a determination to document what was happening in order to formulate solutions.

Indeed, the data from just a handful of our many disciplines has already revealed some trends to acknowledge and address—especially by anyone who can influence a doctoral program’s offerings. From AY2015-16 to AY2020-21, positions advertised have broadened both temporally (e.g., “medieval/early modern”) and geographically (e.g., Europe + someplace else). Thematic specializations (e.g., gender, race) have also been added to the hiring desiderata. Variation in opportunities among our constituent areas of study, particularly the relative strength of English in comparison to other fields, suggests other ways forward. If institutions perceive positions in English as less expendable, are there ways those of us in other departments can make medievalists more (obviously) essential?

The Academy’s Council has just prioritized some funding to help Merle and his colleagues keep this going, but the project merits more support and expansion. Most urgently, we need post-COVID data. If you can volunteer some of your own time and expertise, reach out to Merle (merle.eisenberg@okstate.edu). Coverage of fields beyond those mentioned above, especially art history, would be really valuable.

I close with the good news that Merle is starting a new job at Oklahoma State University. I am grateful for his efforts, and those of all these generous and inspiring colleagues: thank you!