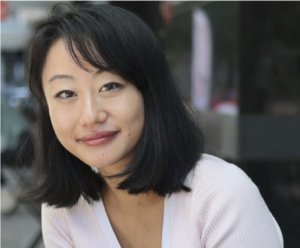 My project combines premodern critical theory with archival documents to explore the processes of race formation in the fourteenth and fifteenth centuries. I focus on the racializing processes involved in the partial transition from the West Asian slave trade to the West African in the fourteenth and fifteenth centuries. When Florence legalized the trade of enslaved non-Catholics in 1364, they began recording the physical and ethnographic attributes of the people, mostly women, they enslaved from the east. However, by 1461, the influx of enslaved West-Africans led to a simplification of these terms into a binary black and white. In archival documents, such as letters, bills of sale, tax registers, and foundling hospital records, the change in the descriptive vocabulary of enslaved women from Tatar, Circassian, Russian, and Greek to a universal Black between 1364 and 1480 was a crucial moment for the development of racialized vocabulary and its use in daily life. My research seeks to build on the emerging field of premodern race scholarship by examining race processes as an ongoing phenomenon that is intertwined with gender, sexual violence, domestic labour, and reproduction by examining the minute interactions and vocabularies of Florentines and the people they enslaved.