The 96th Annual Meeting of the Medieval Academy of America took place online from March 15-18. The meeting was hosted by  Indiana University at Bloomington, with 250 speakers in fifty-three sessions attended by 734 registrants from eighteen countries. This was, by far, the largest meeting in the history of the MAA. Plenary lectures were delivered by D. Fairchild Ruggles (The Illinois School of Architecture), Renate Blumenfeld-Kosinski, President of the Medieval Academy of America (Emerita, University of Pittsburgh), and Teodolinda Barolini (Columbia University). Thirteen Fellows and Corresponding Fellows were inducted during the Fellows plenary, two of whom (Richard Sharpe and Michael Clanchy) were inducted posthumously. The CARA Plenary session on Sunday morning was devoted to the topic of Digital Epistemologies. The seventy attendees at the CARA Annual Meeting on Sunday afternoon addressed an important and engaging topic in moderated breakout sessions, “Surviving and Thriving through a Time of Crisis: Conversations on Envisioning Medieval Studies in the US at the Close of the Centenary.” The panel discussion during the CARA Annual Meeting was recorded and is online here. The discussants were Moira Fitzgibbons (Marist College), Gina Brandolino (University of Michigan), Nicole Lopez Jantzen (Borough of Manhattan Community College-CUNY), and Valerie Michelle Wilhite (International Medieval Society-Paris, Americas Director). 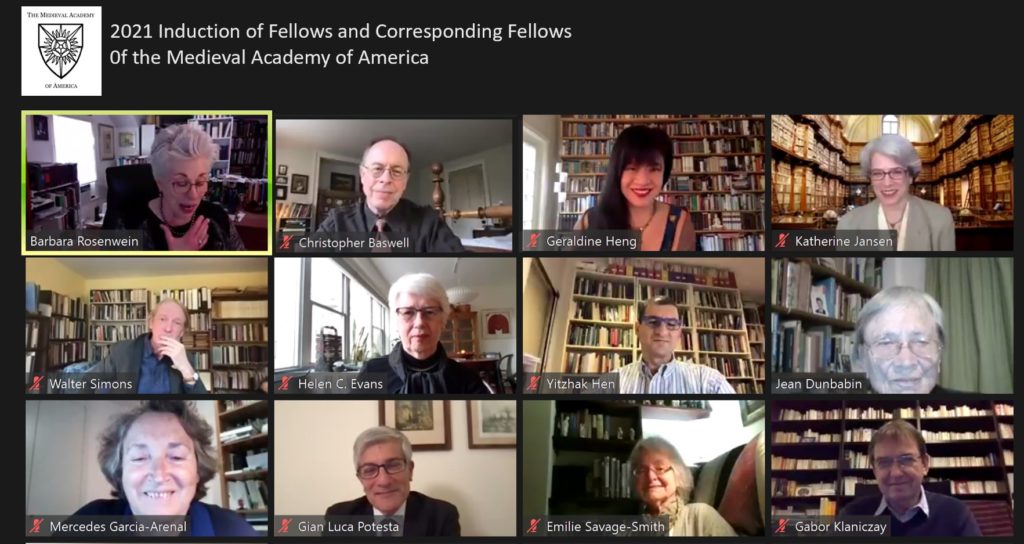