The Medieval Academy of America is proud to announce the winners of the 2016 Baldwin and Schallek Fellowships. 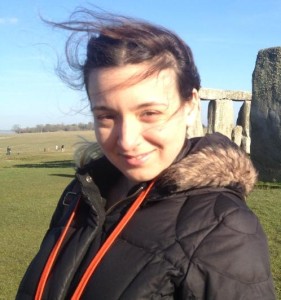 The 2016 Schallek Fellowship has been awarded to Esther Cuenca (History, Fordham University). About her thesis, “The Making of Borough Customary Law in Medieval Britain,” Cuenca writes: “My project examines the development of local borough laws, or customs, from the twelfth to the sixteenth centuries. Borough customs were practices or traditions that over time acquired the force of law within a town. Borough customary law was ubiquitous in the arbitration of civil and mercantile disputes, critical to urban governance, and fundamental to the concerns of both civic rulers and their subjects. The study of borough custom, however, has been virtually ignored in medieval legal historiography despite its importance to the rise of merchant capitalism and urbanization in the twelfth and thirteenth centuries. For this project I have developed two databases to explore the content, evolution, and meanings of borough custom. One of the databases tracks the chronological and geographic spread of borough custumals, which are collections of customs, and the other categorizes the content of such custumals. My analytical goals for this project are twofold: to contribute to a deeper understanding of the place of urban customary law within the British legal system, and to reveal custom’s role in the emergence of a distinct bourgeois identity in medieval Britain.” 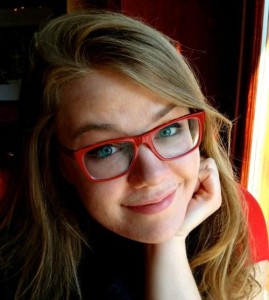 The 2016 Baldwin Fellowship has been awarded to Claire Jenson (Art History, University of Chicago). Her thesis is titled “Power and Politics in the Liturgical Manuscripts of Renaud de Bar.” In summarizing her project, Jenson writes: “Although it was common for medieval bishops to commission liturgical manuscripts for their own use, the survival of a single bishop’s ‘set’ of books for the liturgy is unusual. More exceptional are the innovative, and at times enigmatic paintings in the manuscripts illuminated for Renaud de Bar – and the elaborate fictions about Renaud’s position that they represent. My dissertation examines the corpus of illuminated liturgical books owned by the bishop of Metz Renaud de Bar (1303-1316) – a collection once encompassing a two-volume breviary, a missal, a ritual, and a two-volume pontifical – in relation to the historical spaces, rituals, ideas, and visual cultures that together formed a contested landscape of power. Renaud assumed episcopal office in a politically unstable context, after communal leaders had been actively working to reduce the economic and juridical sovereignty of the bishop in Metz for two centuries and finally seized the city from the bishop’s control in 1234. Following the decline of the Metz episcopate, Renaud’s episcopal reign defined a crucial moment in the history of the diocese and provides an opportunity for a critical analysis of the role played by art and performance in the representation and exercise of a bishop’s authority. By investigating how art and liturgy were mobilized to sustain episcopal power as one prince-bishop faced grave challenges to his sovereignty, my aim in this project is to offer a new perspective on how visual art and ritual – mediated by liturgical manuscripts – intervened in political debate and conflict in the Gothic period.”

The Medieval Academy, in collaboration with the Richard III Society-American Branch, offers the one-year Schallek Fellowship of $30,000 to support Ph.D. dissertation research in any relevant discipline dealing with late-medieval Britain (ca. 1350-1500). The Birgit Baldwin Fellowship in French Medieval History was established in 2004 by John W. Baldwin and Jenny Jochens in memory of their daughter Birgit. The Baldwin Fellowship provides a grant of $20,000 to support a graduate student in a North American university who is researching and writing a significant dissertation for the Ph.D. on any subject in French medieval history that can be realized only by sustained research in the archives and libraries of France.