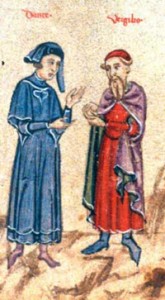 Carmela Vircillo Franklin (Columbia Univ.), who will be President of the Medieval Academy in 2016-17, was recently awarded a Guggenheim Fellowship in Medieval and Renaissance History to support her work on a critical edition of the Liber Pontificalis.

Former Academy President Maryanne Kowaleski has been awarded a 2015-16 Fellowship from the Radcliffe Institute for Advanced Study for her project, “Living by the Sea: An Ethnography of Maritime Communities in Medieval England.” Shane Bobrycki has been awarded a Radcliffe Institute Graduate Student Fellowship for a project entitled “The Crowd in the Early Middle Ages c.500-1000.”

Neslihan Senocak (Columbia University) has been awarded a 2015-16 Fellowship from the national Humanities Center for her project, “Care of Souls in Medieval Italy, 1050-1300.”