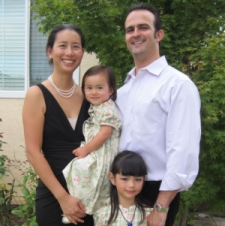 N.B. from the Executive Director: A recurring theme in special sessions and over lunch tables at several conferences I attended this year (most notably the Medieval Academy, Kalamazoo and Leeds) was the work being done on campuses around North America and Europe to identify systemic issues and improve working conditions for graduate students and junior faculty who happen to be parents of young children or children with medical and/or behavioral challenges. Campuses across North America show significant variety in approaches to supporting parents among their faculty or student body, by pausing the tenure clock, providing childcare, and/or making allowances for parental or medical leave. J. A. T. Smith, newly-hired Assistant Professor of English Literature at Pepperdine University, spoke eloquently about this issue at the Medieval Academy Annual Meeting session sponsored by the Graduate Student Committee and agreed to revise her comments for publication here. She distributed several resources to the audience at the session, resources that have been made available on the Academy website here and here. – Lisa

There haven’t been too many graduate students with children in the program I attended at UCLA, though I did notice a trend. The daddies stuck around, coming in to the office regularly, finishing and getting jobs (to the extent that anyone got jobs). But it seemed as if all the mommies, even if they didn’t drop out of the program, ended up moving away to places where they could get better childcare–to be with spouses with steady income, to be with their own parents who would help to raise their grandchildren. That is, the mommies were invisible. They were gone. And how they managed to balance both motherhood and academia was a mystery to me.

When I got pregnant in March of 2007, my third year in the program, I felt certain that this was going to be the end of my academic dream as I knew it.  There would be no months spent in the archive or summers teaching Shakespeare in London. There would be no moving to a dream job once I finished the degree. And really, what were the odds that I would get a job as a medievalist within driving distance of my current home?

Highly unlikely but, as I recently learned, not impossible. This is the story of how I and my husband started a family while I was in graduate school and the lessons I learned along the way.

I took my comprehensive oral exam 8 months pregnant–the day before my baby shower. I remember thinking, “I’d better pass or it was going to be a really terrible party.” My three examiners were childless men. And the first words I heard when summoned back into the room after the deliberations had ended were: “Congratulations! You can go have your baby now.”

I was both relieved and happy that these people who controlled my professional future were literally giving me permission to continue on the dual path of parenthood and scholarship. It wasn’t until many years later that I realized how much I sought after just this sort of approval–as problematic as it was–to continue my work. I believed, as academic wisdom taught me, that my family was a problem to be handled and my continued support was a dispensation, not a right.

I was on fellowship at the time that my first daughter, Josephine, was born, and I started teaching again in Fall of 2008 when she was about 9 months old.  I successfully defended my prospectus in Spring of 2009 and my second daughter, Virginia, was born in Winter of 2011. I walked just six months later.

I was rather naïve when I was pregnant with my older daughter, Josie.  I had visions of her playing on the floor with toys or taking a nap while I sat at my desk writing my dissertation.  But I was delusional.  After she was born, I very quickly realized that I could not do anything while watching my daughter–maybe read a few emails. (Why none of the dozens of people I told this plan to didn’t disabuse me of this fantasy, I don’t know.)  The nature of academic work made it virtually impossible to do anything scholarly while watching my children because I couldn’t hold a thought in my head long enough without interruption.  So, practically speaking, I had to be prepared to work only when I was away from my children and to be ruthless in how I managed my time.  No more going to every stray lecture that seemed interesting; no more going out for drinks in the evenings; no more chatting for hours in the hallway about the dozens of exciting ideas/people/texts that I encountered.

Over time, I developed many different techniques to manage my time better. (I made a handout of these when I talked on this subject at the last MAA meeting at UCLA). Yet, with all that said, I think having two children added at least a year and a half to two years to my time to degree.  Children take time. And though I learned to be more efficient and more focused, I never learned how to work miracles.

One of the first lessons I learned about having children is that the saying “time is money” was really true. Childcare in the LA area costs about $13-17/hour and I didn’t make much more than that per hour as an instructor or RA, especially when factoring commute times. I’m pretty certain that I made less, because, in addition to working on my dissertation, I adjuncted from 2010-2014, and we all know how well that pays.

When my daughters were really young (0-9 months), my husband, mom, and mother-in-law took turns taking vacation days so that I could study or work.  When my children got a little older, I supplemented that by hiring my next door neighbor, who’s a stay-at-home mom with school age kids, a couple hours a day.  As soon as both children turned 2 and pre-school seemed like a better option, we started them in part-time programs, though still relied on regular help from the grandmas.  Throughout it all, I’ve worked many, many late nights and weekends.  I’ve also worked many very long days when my daughters spent the night with my mom or mother-in-law.

What I found was that despite the difficulty, I could still have a rich, productive graduate experience while being a parent, even if it wasn’t the version of graduate school that I had imagined.  Even after my daughters’ births, I attended conferences every year (I had a second handout on traveling with breastmilk), served on the committees for professional organizations, and arranged meetings and talks for colleagues. In fact, I’m writing this very article from a convent in Minnesota where I’m on a week-long writing retreat for busy academics. I think the key to making it work is having a strong network around you with people whom you trust to care for your child, because otherwise the guilt for being away will make the separation extremely difficult.  Despite popular media’s attempts to villify working moms, I also learned that there are a lot of benefits.  It forced my children to have better relationships with other people, especially their father and their grandparents. I believe that makes for a more balanced childhood: my children learned to love and to trust many people beyond me.

If I can close this column, following Laura Morreale’s example, by giving a few words of advice, this is what I would say to young academic parents and future parents:

Finally, everything that I’ve said is based on my own unique situation.  Everyone is different and what works for me may not work for you.  I have a colleague whose husband was and still is a stay-at-home dad.  I have other friends whose moms are able to watch their children full time.  So, do what’s best for you and your family.  Enjoy it all.  Enjoy the graduate school experience and the parenting-especially the parenting.  Having your own child is every bit as good and even better than everyone says.  It’s like falling in love.

Bio
J. A. T. Smith is an Assistant Professor of English Literature at Pepperdine University, as well as an Affiliate of the Center for Medieval and Renaissance Studies at UCLA. She earned earned her PhD in 2012 in English Literature. She works on issues in late medieval English pedagogy and language. She is also the mother of two children, Josephine (6 yrs.) and Virginia (2 yrs.).