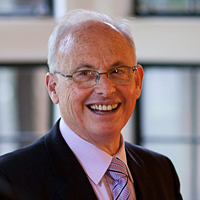 In the aftermath of Olympic hype it is all the more clear the degree to which spectator sports have in the twenty-first century invaded the lives of otherwise sensible people. It is then with apologies that I add to the intrusion, in this case into the world of the Academy, but I think that there may be something for medievalists to learn from the career of George William James.

Bill James, a graduate of the University of Kansas in English and Economics, was interested in baseball and in statistics. Since the rules of the game remained more or less the same for almost a century and since there were detailed records for lots of players and lots of games baseball was a fount of massive data. James realized the potential for analysis of those numbers in novel and more complex ways with the growth in easily accessible computing power in the 1970s. He matched computers and baseball statistics and used the information to evaluate teams and so predict their future success. His work became increasingly sophisticated controlling for things like size of ballparks and developed new measures of performance. His approach was to deal in numbers and comparative analysis, a shift from the personality-centred and sometimes flowery prose that was at the time the standard of writing about baseball. He was not alone and the ability to handle ever larger datasets led to the acceptance of the new methods by some administrators, not without resistance as chronicled in Michael Lewis’ 2004 book Moneyball and the eponymous 2011 film.

In 1977 James began to publish his Abstract loaded with figures from the previous baseball season. Each year a new version brought sharply increased sales. By 1988 he was the leading proponent of sabermetrics, the use of statistics in analyzing baseball performance. The name was taken from the Society of American Baseball Research (SABR) founded back in 1971 by like-minded followers of the game. In the midst of a rising tide of interest in the maturing methods and the wider use of computers to examine data in ever more detailed ways in 1988 James stopped creating his annual Abstract.   There were too many numbers, too much data in various forms swamping readers and making for potential frustration.

Medievalists were ahead of baseball writers in seeing the potential of computing power to help in their work. Economic historians have long tried to manipulate the limited available figures on prices and taxes paid. Social historians did demographic studies in more depth and reconstructed ever larger populations and made more telling comparisons.   The rise of the world wide web made possible the easier distribution of data and made available new data series. More and more instructors developed websites, posting various documents for easy access for their students and for anyone interested. Scholars working with texts were not far behind the economic and social historians, developing concordances of major works, digitizing texts for easy searching and exploiting computing power in complex and exhaustive dictionary projects. They turned to harvesting fragments, juxtaposing different texts, finding common patterns, identifying the roots of types of expression and, in the process, uncovering new ways of reading a variety of documents. Art historians set out to make available images on the web. Libraries and archives put up manuscripts. The potential for digital humanities seemed massive, the possibilities for creating new tools that would generate a new range of medieval scholarship almost infinite. There was suddenly a mass of information. There were also problems, problems which only seemed to multiply.

Disintermediation, the laudable desire to have users confront the original documents and data, often meant no or minimal editorial control. Standards of presentation varied. Software inconsistencies and changes in platforms could make access clumsy. They could also lead to expensive and time consuming recasting of projects. The skill sets needed by scholars changed with changes in software and hardware so retooling could become a necessity. Maintaining continuity and on-going support for work in digital humanities dogged many efforts. The images of manuscripts and of works of art were not of consistent quality and access was in some cases limited in an effort to charge for use and so recoup some of the substantial cost of digitizing. The enthusiasm of early adopters and the many medievalists who continued to explore what the new digital world had to offer led to a mass of work, a flood of material, a broad range of findings and what could easily become TMI (too much information). A search for ‘computers in the humanities’ now yields 515,000 hits. The temptation to withdraw, to take a step or two or three back, grew as each new project added to a massive feast that seemingly could only end in indigestion.

Bill James’ choices may be a guide for medievalists. Though he stopped adding to the annual overpowering flow of data he did not stop writing about baseball or in developing methods of analysis made possible and easier in a world of digitalization.   He has even gone back to publishing an annual handbook along with other books recalling both his earlier Abstracts and looking at his topic in ways more like his predecessors. He now acts as an advisor to the Boston Red Sox where he and the team have enjoyed very good times, and some truly bad times, in recent years. Sports data mining is now the norm, thanks to James and others, in almost every phase of every game. The work is more sophisticated thanks to critical debate among practitioners. New measures and forms of analysis are tested and then rejected or moved to a lesser or greater place in the hierarchy of tools for understanding. The same pattern prevails now in the work of medievalists. The tsunami of information, the sheer quantity of what has been done, the overlap and duplication can be daunting. There are reasons just to give up and return to the proven methods that have long yielded results of indisputably high quality. Continued engagement of medievalists in the digital humanities has improved and will continue to improve the calibre of what is done, to eliminate unnecessary effort and to make the most effective use of the growing range of things that information technology can do for scholars.

The Academy will serve as a guide in identifying what might be most helpful in teaching and research about and on the Middle Ages. The Digital Initiatives Advisory Board, chaired by Jim Ginther who is a prominent practitioner in the digital humanities world, and includes Lisa Bitel, Caroline Bruzelius, Todd Chavez, Scott Kleinman, and Tim Stinsonis is monitoring what the Academy can do to assist, guide and promote potentially productive projects. The recently formed sub-committee of the Board, chaired by Maryanne Kowaleski, devoted to exploring what can be done about developing a digital taxonomy, will create ways to help members evaluate what is available to them. The goal is to mediate, to offer not a barrier but a filter which will aid members in evaluating what sites, sources, methods will best suit their needs. The Board and its sub-committee will also be able to offer advice in the future on the direction not only the Academy but also individual scholars should take to maximize benefit for our field. Just as baseball writers have at their fingertips masses of numbers the best of them understand that there is much more to good work than just the figures. Data is more than just numbers just as knowledge is much more than information. Medievalists know full well that the digital humanities will help them in employing methods and approaches that have always worked well. Plagued by a paucity of sources compared to scholars working in most other fields medievalists have a greater both practical and theoretical understanding of how to deal with the raw material before them. Most medievalists are now used to exploiting some part of the digital world. Most also know the frustration of promises and lengthy discussion of potential when their goal is to get optimum use from information technology. The Academy is going to help in that pursuit of what continues to be a moving target. Enjoying a greater understanding of the character and nature of sources, medievalists can be guides to everyone, possibly even Bill James, on how to exploit what is possible without forgetting what is already known.