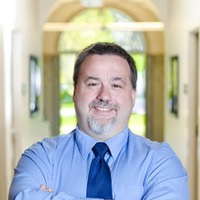 Saint Louis University has received a grant of $933,000 over two years from the Andrew W. Mellon Foundation in support of software development of a tool for the editing of scholarly works. MAA member James Ginther, PhD, Director of the Center for Digital Theology and Professor of Medieval Theology, will lead the project. Prof. Ginther is also the chair of the MAA Digital Initiatives Advisory Board.

The grant will fund the development and implementation of a web-based application that will assist scholars in the creation and publication of scholarly digital editions. In addition, the grant will fund six editing projects as use cases, ensuring that the new digital tool will be able to facilitate different forms of scholarly research as well as communication from print to web-based to dynamic editions.

The project has been a dream of Ginther for more than a decade as he has sought to use computational methods to increase the efficiency and effectiveness of scholarly editing.

“Scholarly editing in the digital world is not just about using a computer,” Ginther notes. “A digital editing tool allows for scholars around the world to share both their data and findings. Perhaps its real power will be in the opportunity for scholars to move seamlessly from one editing method to another, so as to discover the best way to produce editions of the highest quality.”

Scholarly editions of texts are the bedrock of the Humanities, Ginther adds, and the more effective tools scholars have to create these works, the more rigorous the scholarship built upon them will be.

The Center for Digital Theology creates multimedia and electronic products that support research and teaching in Theological Studies. Housed in the Department of Theological Studies, the Center also seeks to support other disciplines in the Humanities.

The Center’s research has produced databases of medieval texts, 3DRT models of medieval churches, and databases that integrate text and image from the Middle Ages. The Center’s most recent project was T-PEN, an open-source tool for digital transcription, which was funded by the Andrew W. Mellon Foundation in 2010.

The Center is part of an international consortium that collaborates to build interoperable tools for the digital Humanities. Participating universities also include Stanford, Yale, Oxford, John Hopkins, Waterloo, Drew and Fribourg (Switzerland). For this project, Ginther also will work with scholars at Indiana University, the Arizona State University and York University in the United Kingdom.