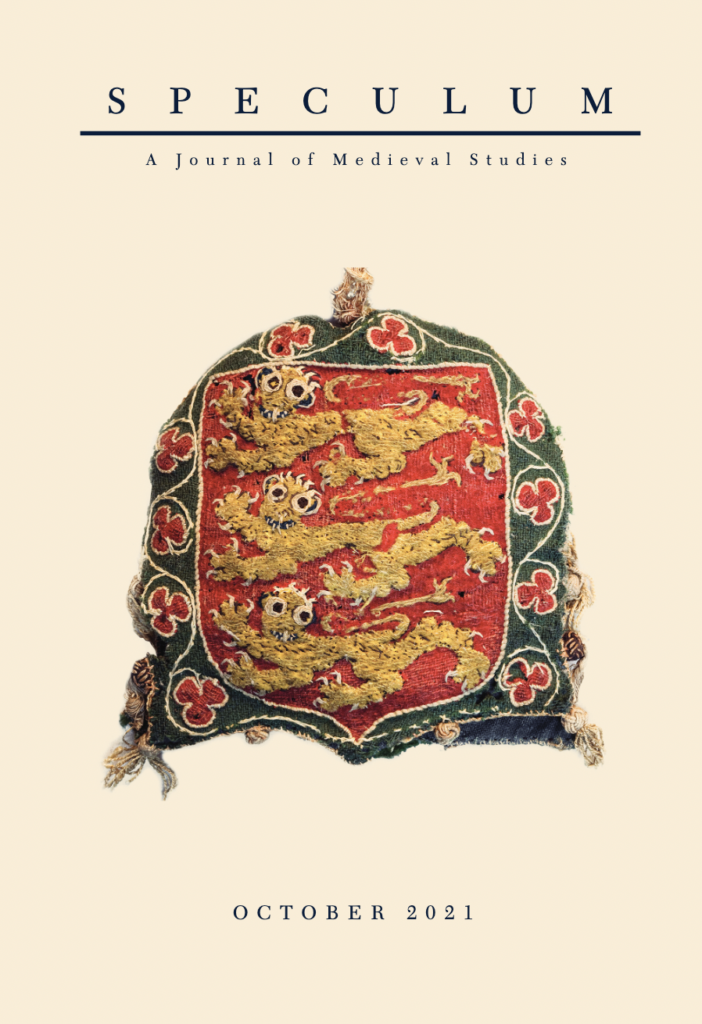 To access your members-only journal subscription, use the username and password associated with your MAA membership to log in on the MAA website (contact us at info@themedievalacademy.org if you have forgotten your credentials). Then, choose “Speculum Online” from the “Speculum” menu. As a reminder, your MAA membership provides exclusive online access to all issues of Speculum in full text, PDF, and e-Book editions—at no additional charge.

Cross-cultural Transfer of Medical Knowledge in the Medieval Mediterranean: The Introduction and Dissemination of Sugar-based Potions from the Islamic World to Byzantium
Petros Bouras-Vallianatos

A Rudder for The Ship of Fools?: Bosch’s Franciscans as Jongleurs of God
Peter V. Loewen

Abū Maʿšar, The Great Introduction to Astrology, ed. and trans. Keiji Yamamoto and Charles Burnett, with an introduction to the Greek version by David Pingree
Reviewed by Robert Morrison

Simon Thomas Parsons and Linda M. Paterson, eds., Literature of the Crusades; Linda Paterson, Singing the Crusades: French and Occitan Lyric Responses to the Crusading Movements, 1137–1336, in collaboration with Luca Barbieri, Ruth Harvey, and Anna Radaelli, and with an appendix by Marjolaine Raguin
Reviewed by Stefan Vander Elst

Ramzi Rouighi, Inventing the Berbers: History and Ideology in the Maghrib
Reviewed by Susan Gilson Miller

MAA members also receive a 30% discount on all books and e-Books published by the University of Chicago Press, and a 20% discount on individual subscriptions to The Chicago Manual of Style Online. To access your discount code, log in to your MAA account and then visit the page that lists the code details. Please include this code while checking out from the University of Chicago Press website.