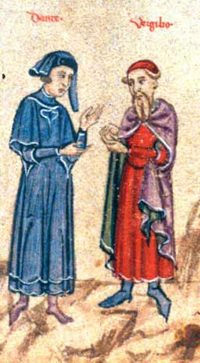 To all Members of the Medieval Academy of America:

Members are hereby invited to submit nominations for the election of Fellows and Corresponding Fellows of the Medieval Academy of America for 2018.

The title of Fellow was created in 1926 to recognize and honor those scholars among us who over the years have made outstanding contributions to Medieval Studies through their teaching, scholarship, and service. Nominations are encouraged in all the varied fields encompassed by Medieval Studies, and all members of the Medieval Academy are free to submit nominations. Those nominations are overseen by the Fellows Nominating Committee, which is empowered to intervene only if there is some notable inequity in the list of proposed nominees. Existing Fellows will cast their ballots in December and January. The election of 2018 will operate under the by-laws and procedures adopted in 2013 and revised in 2015.

Current bylaws prescribe that there may be a total of up to 125 Fellows who at the time of election are members of the Academy and residents of North America, and in addition up to 75 Corresponding Fellows who at the time of election are residents of countries outside of North America. Following the rules established by the current bylaws, three (3) slots are available for the year 2018, for which there must be at least six (6) nominations. For the nomination of Corresponding Fellows no established minimum number of nominations is required.

Please refer to the lists of current Fellows before proposing a nomination:

Nominations may be submitted by email (as a PDF attachment) to the Executive Director at LFD@TheMedievalAcademy.org or by mail to:

Nominations for the 2018 elections must be received by 1 November 2017. Unsuccessful nominations from previous years may be resubmitted. Please contact the Executive Director for further information.

Finally, please note that nominations are to be kept in strictest confidence, from the nominee as well as from others.