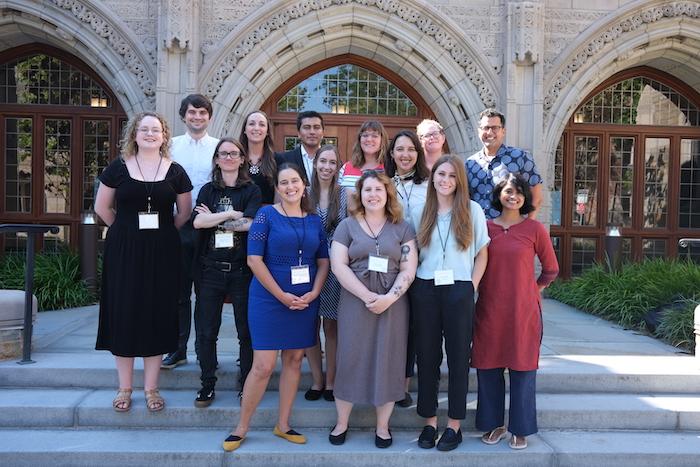 Congratulations to the organizers of the Academy’s inaugural Summer Research Program and to all its participants!

This initiative was the work of many minds, hearts, and hands. As a member of Council in 2020, Hussein Fancy (Yale University) first raised the idea of a summer research experience for student medievalists from diverse backgrounds after he participated in a highly successful diversity mentoring program at the University of Michigan.  Andrea Achi (Metropolitan Museum of Art), Nahir Otaño Gracia (University of New Mexico), and Jonathan Correa-Reyes (Pennsylvania State University) collaborated with Hussein and me to propose the establishment of an MAA Mentoring Programs Committee. Approved by Council in 2021 and formed the next year under leadership of chair Afrodesia McCannon (New York University), this dynamic new committee began work on several projects, the most ambitious being the Summer Research Program.

The program aims broadly to mentor for the future of medieval studies by fostering a diverse new generation of medievalists. This summer’s pilot was devoted to early graduate students and designed to provide a springboard for the kind of sustained mentorship that would assist its participants not only in completing their doctoral work but also in using their expertise in medieval studies to pursue a wide array of careers. Out of a robust pool of applicants, the committee selected fifteen students from communities and backgrounds that have been traditionally underrepresented or marginalized within medieval studies. They came from all over North America —from Texas, Arkansas, and Oklahoma to Oregon, Iowa, Illinois, and North Carolina—as well as from Delhi, India and Tbilisi, Georgia. Their interests ranged across the many disciplines of medieval studies—English, Art History, Romance Languages, History of Science, Religious Studies, Philology, History—and beyond Europe to Georgian sculpture, selfhood in Mughal India, and Persian inscriptions.

With the support of Teo Ruiz (UCLA), who came on as the new chair of the Committee in March, and important contributions from Committee members Sierra Lomuto (Rowan University) and Jenny Tan (University of Pennsylvania Press), Committee, members Liz Hardman (Bronx Community College, CUNY) and Ana C. Núñez (Stanford University) oversaw the six-week summer program of workshops, panels, and presentations that commenced on July 1.  While most of the sessions were on Zoom, an in-person gathering at Yale University on August 17-19 brought participants together for a culminating series of presentations and sessions. The students were divided into three cohorts, based on their stage of graduate work, and each cohort focused on a research product: a conference paper, a grant proposal, or a dissertation prospectus. In several sessions over the six weeks, the two mentors guiding each workshop worked intensively with their cohort members. Courtney C. Barajas, a specialist in Old English and a DEI advocate, teamed up with Maggie Solberg, who teaches British medieval literature, to mentor the dissertation prospectus cohort; medieval historian and research development strategist Jennifer Speed and historian of late antique Italy Nicole Lopez-Jantzen mentored the grant writing cohort; and Daniel Davies, who works on late medieval literary and historical texts, joined activist professor of the global north Atlantic Nahir Otaño Gracia to mentor the conference paper cohort.

The culminating days at Yale allowed all the participants to give presentations on their work and to complete two additional intensive workshops on cover letters and CVs (led by Holly Flora, Associate Dean for Faculty Affairs at Tulane University, and MIT Associate Dean Kim Benard). 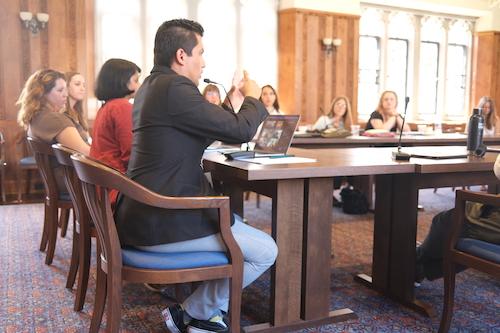 Informal comments thus far indicate that the program’s emphasis on mentoring over an extended period of time—rather than in ephemeral, single events—and small cohorts yielded significant gains. These design features also afforded opportunities for participants to build lateral relations of mentoring and a network of support in addition to valuable vertical ties with professionals. Participants as well as panelists also valued the honoraria the MAA provided. This unique investment in setting a course for change allowed mentees to devote concerted time to the program and conveyed the Academy’s respect for the upcoming generation of scholars.

Not only the students, however, gained from the program! The organizers, mentors, and panelists remarked that the experience was not only “very worthwhile” but also meaningful and fulfilling. If you would like to get involved, look for the next MAA calls for mentors or reach out to any member of the Mentoring Program Committee and/or to coordinators Mary M. Alcaro and Maggie Heeschan of the Graduate Student Committee mentoring program.

With gratitude especially to organizers Afrodesia McCannon, Liz Hardman, and Ana C. Núñez, I close with congratulations and thanks to the fifteen wonderful scholars who participated: