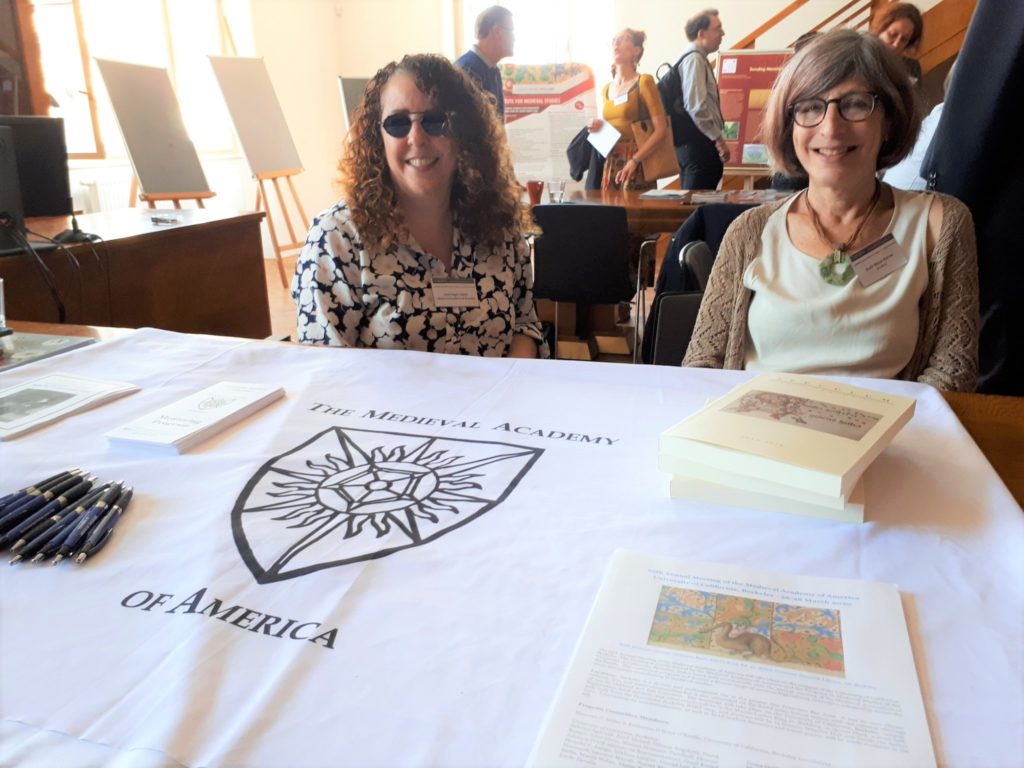 The Medieval Academy is an active member of an international network called CARMEN (the name stands for “Co-operative for the Advancement of Research through a Medieval European Network”). This group includes individuals, centers, and associations like ours. Our Executive Director, Lisa Fagin Davis, serves on the CARMEN executive committee.

CARMEN is a bit different from some other organizations in that its goal is to connect people at an early stage of projects. People present on work that is ongoing, planned, or at a vague pre-planning stage, rather than on finished work as at most conferences. This helps scholars build networks of people interested in similar issues. At the CARMEN meeting in Prague which I attended in September, along with Lisa, Bob Bjork, Sarah McNamer, and Laura Morreale representing the MAA, there were several sessions in which people floated ideas about a collaborative project, received feedback, and planned next steps. There were also fascinating sessions by representatives of different centers for medieval studies in the Czech Republic.

The situation in Europe, as you all know, is somewhat different than in the US in that there tend to be more government research funds available (per capita) including funds from the EU. One session I attended was preliminary to applying for an EU grant that funds, not research, but networking: essentially, travel expenses for scholars to attend workshops on a theme. But the EU, and many national governments, also fund large projects that employ post-docs and PhD students. All is not necessarily well here: you will not be surprised to hear that funding is more difficult to get in the humanities than in STEM, and that the picture does not look like it is improving. One of CARMEN’s jobs is lobbying for increased support of the humanities.

There is a serious jobs crisis in the humanities in Europe as there is in North America. The existence of post-doctoral positions on big projects mitigates that a bit, but these positions are funding-dependent and often do not lead to permanent academic positions. I spoke to one researcher who holds five different post-doctoral research posts, adding up to 1.6 FTE, because it is very difficult to live on a full-time salary in their country. People at the meeting were very interested to hear Laura Morreale speak about the Medieval Academy’s efforts to come up with ways to help solve this problem. Watch this Newsletter in early 2020 for implementation of the first of her committee’s recommendations.

CARMEN will meet in 2020 in Dublin (a choice which I applaud but had nothing to do with) and in 2021 at Harvard. Those of you involved with centers who don’t already belong may want to check it out. The Medieval Academy’s membership in the group includes registration for ten MAA delegates to attend the conference; the MAA can’t cover expenses beyond registration, but if you have other reasons to be in Dublin or Cambridge in September, or if you have travel funding, watch for Lisa’s call for volunteers sometime next year.