Those of you who have been part of the Medieval Academy for some time will doubtless remember Emily Vogt, who worked for the Academy as Assistant to the Executive Director for twenty-five years, from 1959 – 1983. She was a critical component of the staff, served as the institutional memory of the organization and was a beloved member of the Academy family. We were informed by Emily’s nephew of her death on 25 December 2013 (her obituary is here).

In her memory, we are reprinting the tribute to Emily that was published in Medieval Academy News upon her retirement (MAN 86 (Sept. 1983), p. 1). 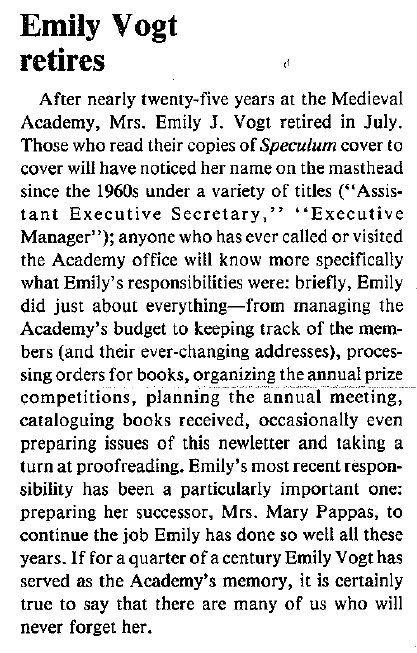