MAA News – Message from the President 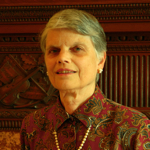 As I prepare to step down from my presidency of the Medieval Academy at the annual meeting in St. Louis, I look back on an eventful year of transition in the Cambridge offices. I can report with confidence that under the new leadership of Eileen Gardiner and Ronald G. Musto the Academy is functioning in a professional, effective, and fiscally prudent manner, and will soon begin to take full advantage of the possibilities of our new digital world. It is my firm belief that organizations emerge in stronger condition from periods of crisis as a result of focused analysis on existing structures and procedures, and taking the necessary steps to remedy any problems. The revision of the by-laws supervised by my predecessor, Elizabeth A.R. Brown, is an example of recent improvements in the organization of the MAA, as is the complete rewriting of the administrative handbook undertaken by the Executive Committee this past winter.

Rather than dwell further on internal administrative matters, however, I should like to take this opportunity to share with you some final thoughts from the viewpoint of a Byzantinist who has been honored by her selection to lead for a brief time an organization traditionally devoted to medieval western Europe. I trust that this initial inclusionary step may lead in the future to broadening of the perspectives of the Medieval Academy to engage on a regular basis with the worlds of medieval Islam and Byzantium, and with the European and Mediterranean regions as a whole.

Let me mention three events of the year 2011-12 that mark a positive step in this direction in North America, and might set an example for new directions for the MAA. The first was an international loan exhibition on medieval reliquaries organized by the Cleveland Museum of Art, the Walters Art Museum and the British Museum, Treasures of Heaven: Saints, Relics and Devotion in Medieval Europe. This exhibit brought together stunning specimens of reliquaries from the medieval West and Byzantium in a manner that highlighted the very different evolution of these containers in East and West. The presentation in Baltimore was supplemented by a symposium, entitled Saints and Sacred Matter: The Cult of Relics in Byzantium and Beyond, co-organized by Dumbarton Oaks and the Walters, which examined Byzantine, Western medieval and Islamic traditions of relics and reliquaries, and brought together scholars from these three geographical regions. Participants included Julia Smith, who had been a plenary speaker at the MAA annual meeting in Scottsdale.

The second path-breaking exhibition, Byzantium and Islam: Age of Transition, opened at the Metropolitan Museum of Art on March 14. This exhibit covers a period heretofore overlooked in the MMA’s great series of three Byzantine exhibits in 1972, 1997 and 2004, the seventh and eighth centuries, when the newly emergent power of Muslim Arabs conquered the Levantine and North African possessions of the Byzantine Empire and established first the Umayyad caliphate in Damascus and then the Abbasid caliphate in Baghdad. After an introduction to the art of the eastern provinces of Byzantium, the exhibit displays masterworks of Islamic art that began to be created in the early centuries of Arab domination of the Near East. It demonstrates the interconnections between these new art forms and the works of Byzantine art that the Arabs encountered in Syria, Palestine and Egypt.

Finally, I should like to call your attention to a new text and translation series, the Dumbarton Oaks Medieval Library, published by Harvard University Press and launched in the fall of 2011. DOML, under the general editorship of Jan Ziolkowski, professor of Medieval Latin at Harvard University and Director of Dumbarton Oaks, will initially publish three series of original language texts and facing translations, in Old English, medieval Latin and Byzantine Greek. Filling the gap between the Loeb Classical Library and the I Tatti Renaissance Library, the DOML volumes will provide students, scholars and the general public alike with access to a wide variety of texts in modern, readable and affordable translations. It is my hope that the availability of these translations will encourage scholars to cross over more readily into adjacent fields for comparative purposes: that medieval Latin historians will read the medieval Greek histories of Michael Attaleiates and Laonikos Chalkokondyles, that specialists in Byzantine monasticism will read the rule of St. Benedict, that scholars of the Chanson de Roland will read Beowulf and Digenis Akritas.

I hope to see many of you in St. Louis, where the organizers have done a superb job in arranging all aspects of the 2012 meeting. Please be sure to thank them for their hard work!